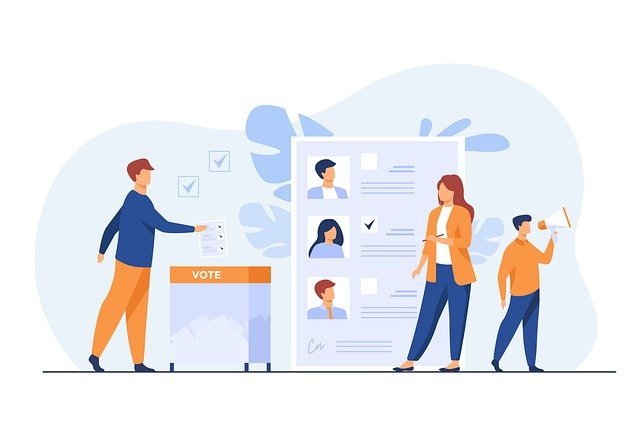 Today, you have the right and duty to go to the polls and cast your vote in the 2020 General Election.

No matter the outcome, it will be historic for Mississippi.

Republican President Donald Trump is expected to easily win Mississippi tonight.  Should Democrat Joe Biden pull the upset here in the Magnolia State, he would be the first Democrat to win Mississippi since Jimmy Carter in 1976. He won’t.

In the Mississippi U.S. Senate race, Republican Senator Cindy Hyde-Smith is seeking reelection to the seat she won just two years ago in a special election to replace retired Sen. Thad Cochran.  She is the first woman to represent the state in Washington D.C. and is expected to win, especially with President Trump leading the top of the ticket.

Should Hyde-Smith’s Democrat opponent Mike Espy, who she beat 54% to 46% in 2018, win the seat, he would send the first woman to represent the state back home and become the first black man to serve in the U.S. Senate from Mississippi since Reconstruction, and be the first Democrat to win a Senate seat here since Sen. John Stennis won reelection in 1982.  Espy has set fundraising records as a Democrat running for statewide office in Mississippi.  If it does not pay off this go around, it will be hard for Democrats to ever make the case to their national counterparts, at least for the foreseeable future, that Mississippi is worth their time and money.

All incumbent Mississippi Congressmen are favored to win their reelection bids today, sending three Republicans and one Democrat back to D.C.  These races will be the quickest calls of the night, perhaps as soon as polls close.

Two competitive races for seats on the Mississippi Supreme Court could be tighter than some initially thought.  In the north part of the state, incumbent Justice Josiah Coleman has been endorsed by conservative groups and Republicans while his opponent, Judge Percy Lynchard, has been backed by Democrats, namely Congressman Bennie Thompson.  The same can be said for the central High Court race between sitting Justice Kenny Griffis and Judge Latrice Westbrooks.  Of the two races, the central district is more in doubt for conservative voters than is the northern race.

Three ballot measures will all be historic in their own right, no matter how they end up.

Initiative 65 would place a medical marijuana program in the Mississippi Constitution and open the industry in the state, giving its operation to the Department of Health and circumventing the Legislature.  Alternative 65A would not add the drug into the state constitution but would tell the Legislature to get a program established, allowing it to be taxed and providing the ability for the program to be tweaked as it is developed.  Either way, it appears Mississippians are open to medical marijuana being allowed as a treatment in the state. Whether they want it to be in the Constitution or not, or rather, whether they trust the Legislature to handle the program or not, will be seen today.

How Mississippi elects its statewide officials is also up for change today.  The question of if the state House of Representatives should determine election contests, either through winning a majority of House districts or by selecting the winner should no candidate win a majority, is expected to pass given the implication many have made of its Jim Crow era origins.  This would amend the state constitution, as well.

The Magnolia State is likely to have a new magnolia state flag tonight as the “In God We Trust” flag is on the ballot for approval following the Legislature’s retiring of the old flag this summer and the work of the Flag Commission that gave voters this design option. The new flag design needs to win a majority of votes, and all indications are that it will despite efforts otherwise that would set up another vote between this option, the old flag, and the state seat flag.

Over 230,000 absentee ballots have already been received, making that the largest total of absentees cast in state history. Absentees normally track along traditional lines but that remains to be seen in this cycle.

To review a sample ballot before you head to the polls, click here.

Be sure to bring an appropriate form of ID and plan to social distance amidst the ongoing pandemic.  While a mask is not required to vote, the Mississippi Secretary of State is encouraging one be worn.

Join us here at Y’all Politics on Facebook at 7:30 pm for LIVE news and analysis as results come in.

Image by B Ban from Pixabay