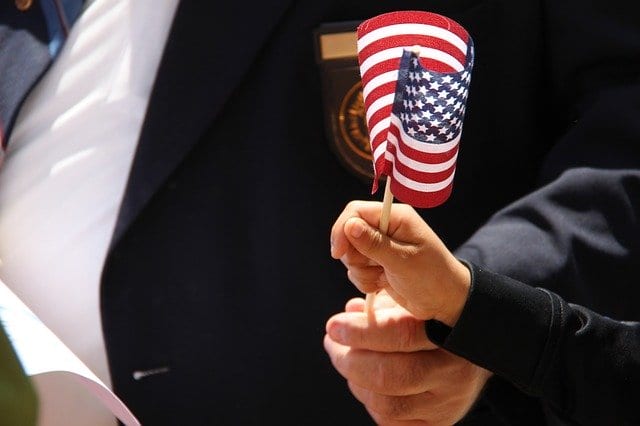 America Has Come Back and Shows No Sign of Stopping

America is currently experiencing its longest economic expansion in history. However, even after 125 months of positive news, November’s jobs report was a stunning blockbuster. According to the Department of Labor, wages are rising while we added 266,000 new jobs, well over the expected 180,000. Ten years after the Great Recession, policies like tax reform, regulatory rollback, and energy independence are putting Americans back to work in higher numbers than ever.

Today’s unemployment rate is just 3.5 percent, a remarkable 50-year low. That means that more Americans are providing for themselves, their families, and their communities. To put this number in context, for every percent the unemployment rate decreases, 1.3 million more people have jobs and opportunities. With the right policies from Washington and innovations from the private sector, America’s economy can continue to grow.

This upward trend did not seem possible to many in 2009 when some thought that the economic crash signaled a “new normal” of slow growth and possibly decline. In November of that year, Mississippi’s unemployment rate stood at 10.5 percent, and it rose for months after.

America has reversed course. When the closing bell rang for the final time last decade, the Dow Jones Industrial Average was at a dismal 10,428 points. That was 1,000 points lower than it had been at the end of 1999. As we close this year, the Dow hovers around 28,000 points, increasing the value to workers’ pension plans and 401(k)s. Ten years ago, our country relied on foreign and sometimes hostile markets for our oil. This September, the U.S. exported more crude oil and petroleum products than we imported – the first time that has happened since our government started collecting the data in 1949. Small business owners are reporting record-high optimism. The pro-growth policies of the last three years have proven the naysayers of a decade ago wrong.

More to be Done

With work, these positive developments should continue. The most immediate step is the United States-Mexico-Canada Agreement, a vital revision to the outdated NAFTA that will affect more than $3.4 billion of Mississippi exports. I am encouraged that Speaker Pelosi now seems to be moving forward with this bipartisan win for the American people. More than $68 billion in economic growth is waiting, and I hope Congress can get this done soon.

Another opportunity is jobs training. Apprenticeship programs have track records of providing necessary on-the-job experience. I have supported these programs throughout my time in Congress, providing additional funding and advocating for rules changes that would streamline approvals and increase flexibility.

Additionally, closing the digital divide by expanding internet access will help unlock rural America’s potential. The Chamber of Commerce estimates that this effort could create almost 20,000 jobs and billions of dollars in economic growth in Mississippi. As chairman of the Senate Commerce Committee, I am working to get more businesses in our state online and able to access markets around the world.

The American Dream is Alive and Well

As the United States continues to come roaring back from the worst economic crisis since the Great Depression, those who were so pessimistic ten years ago can breathe sighs of relief. The task now is to expand economic opportunity to more of our fellow Americans and lay strong foundations for the future. That will ensure that the American Dream of passing on a better life to our children and grandchildren will continue for generations to come.