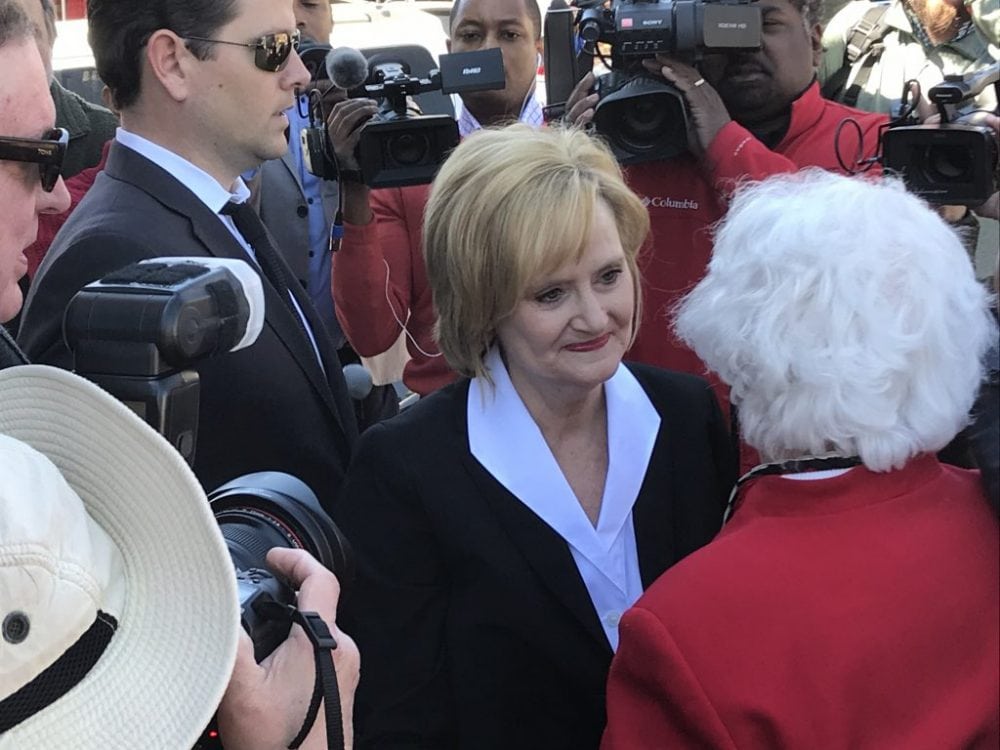 On Monday, BIPEC released their Legislative scorecard which ranks Legislators according to their pro-business voting record.  BIPEC is considered the leading voice of business in the Mississippi legislature in terms of advocacy.

Hyde-Smith is not on the 2018 Scorecard as she is not a member of the Mississippi House or Senate, which is what BIPEC measures.

The Hyde-Smith camp jumped on the fact that McDaniel received a “C” overall score from BIPEC.

You can view that scorecard here:

BIPEC releases 2018 Legislator Scorecard – How did your legislators do?

“Chris McDaniel claims to be courageous and conservative—the truth is, he is neither,” said Jordan Russell, spokesman for the Cindy Hyde-Smith for U.S. Senate Campaign. “When you look at the 2018 Report Card it’s incredible how McDaniel does not have the courage to vote his own convictions when he’s voted ‘present’ on so many bills. And, he’s voted against major infrastructure and job creation measures supported by the majority of Republicans. Clearly, the rhetoric of McDaniel does not match the record by any objective standard, and this 2018 Report Card is the most recent evidence of that fact. The good news is that that Mississippians have a clear choice in this U.S. Senate election with U.S. Senator Cindy Hyde-Smith working to enact conservative legislation, confirming President Trump’s judicial nominees and fighting to change the spending culture of Washington, D.C.”

The press release pointed out that McDaniel voted “present‘ on two major bills HB 1649 which was an omnibus bond bill including $45 million for improvements to the state-owned shipyard in Pascagoula and another $50 million for the Local Systems Bridge Program. As well as HB 1488, legislation that would authorize funds to be used for the Mississippi Development Authority to incentivize companies to create more jobs.

McDaniel also voted no on SB 2836, that revised the states Medicaid services, also a pro-business piece of legislation and legislation for the BRIDGE ACT, SB 3046 which was an attempt at a $1.5 billion infrastructure bill. Watson claims it’s not McDaniel who has strayed from the pro-business mentality, but BIPEC who has changed.

“When President Donald Trump called out the U.S. Chamber of Commerce for being “totally controlled by various groups of people that don’t care about you whatsoever,” he could have easily been talking about BIPEC. BIPEC has now become like the U.S. Chamber,” said Watson. They have fallen victim to crony capitalism where they use their lobbying power in government to legislate unfair advantage to big businesses over small businesses from becoming their future competitors. Back when BIPEC was a true champion of fiscal economic and business policy, Chris McDaniel was at the top of their rankings. Now they just represent the establishment Swamp.”

Watson said the McDaniel campaign welcomes Hyde-Smith criticism of what he says it a conservative voting record.

This is the first of what will likely be dozens of skirmishes going forward in the 2018 campaign.  The special election where both McDaniel and Hyde-Smith will be on the ballot along with Mike Espy will be held on November 6, 2018.