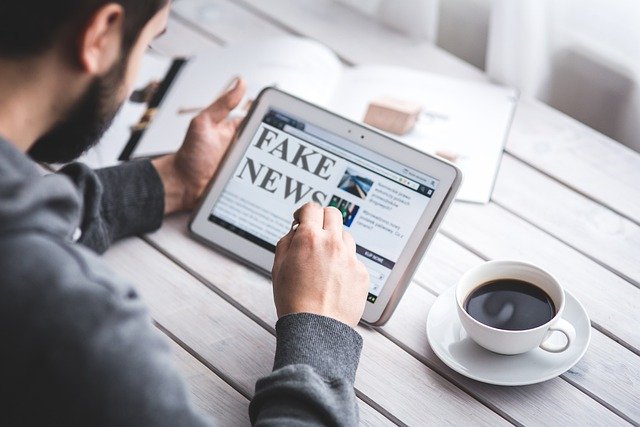 Recently a controversy arose over a CBS News shot of a supposed line for coronavirus testing that turned out to include staged medical staff posing as patients. But this kind of misinformation didn’t begin with the advent of the Internet.

In the run-up to the 2020 presidential election, there have been heightened calls for politicians to “do something” about online political misinformation. But if we decide citizens are not capable of discerning fact from fiction, reading with healthy skepticism, and recognizing bias online, then we must also concede that they are fundamentally unfit for representative democracy.

Appeals for content regulation have come both from powerful members of Congress and candidates for president. Their implicit threat is: “Do it before we make you do it.” These calls to regulate constitutionally protected speech, even if that speech includes “fake news,” misleading memes, and “deep fake” videos, threaten the foundation of our society. Yet such inevitable byproducts of free speech have been paternalistically dubbed “dangerous misinformation” and are said to justify government censorship.

But if making statements that are shaped by a particular worldview becomes verboten, there will be implications for all speech. Putting aside blatant manipulation like the kind alleged at CBS News, every newspaper and television news program presents from a particular worldview. The mere decisions over which stories, anecdotes, and sources to include and which to omit are themselves editorial acts. And some amount of bias is unavoidable and perfectly acceptable. Consumers of information know that everyone sees the world through their own lens—including journalists, politicians, and campaign staffers.

Just as people understand that media coverage is informed by bias, they also know that friends and family can be mistaken, that the guy yelling on the street corner doesn’t necessarily have his facts straight. There’s a reason why the phrase “I read it on the Internet, so it must be true” is said sarcastically.

The same skepticism should be applied to calls for regulating advertising online. The Washington Post calculated the total amount of money that Russian meddlers have spent on Facebook ads: approximately $85,000 between 2015 and 2017. News outlets report that state actor Russia Today spent $247,100 on Twitter ads in 2016. For reference, Trump’s reelection campaign raised $143 million in 2019 and Clinton’s joint fundraising committee brought in $530 million for her 2016 bid. For all the fretting over Russian ads seeking to influence voters, the actual money spent was a nothing-borscht.

Less than 0.00008 (eight one hundred thousandths) percent of the political tweets during the 2016 campaign originated with Russian intelligence. Besides, asserting that social media content has the power to interfere with democracy in a society based on the free exchange of ideas is deeply flawed. If such power does exist, then the result undermines democracy itself: an electorate that is too stupid and naive to be trusted to vote. If people cannot make good decisions in the presence of conflicting and imperfect information, then we should not have elections, period. Fortunately, that isn’t the case.

The real danger of the various policy proposals to stamp out “misinformation” online is that they’re the first step towards eliminating political dissent. The real weaponization here is putting the government in charge of what is and is not acceptable to say online, about an election or anything else within legal limits. Supreme Court Justice Louis Brandeis’ words still hold true: “If there be time to expose through discussion the falsehood and fallacies, to avert the evil by the processes of education, the remedy to be applied is more speech, not enforced silence.”

Clyde Wayne Crews, Jr. is vice president for policy at the Competitive Enterprise Institute, where Jessica Melugin is associate director of the Center for Technology and Innovation.

The post Embracing the Idea of Unregulated Fake News Everywhere appeared first on The American Conservative.