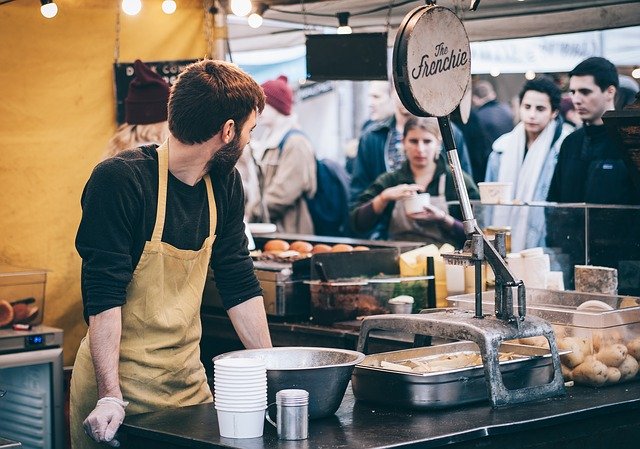 How the Coronavirus Stimulus Left Small Businesses High and Dry

For millions of struggling small businesses across the country, a small hand up from Uncle Sam could go a long way. On April 24, the owners of mom-and-pop establishments breathed a sigh of relief when President Trump signed into law a $310 billion extension of the Paycheck Protection Program (PPP), which offers forgivable loans to businesses with 500 or fewer employees.

Unfortunately, the program’s structure is hopelessly confusing, which has left many beleaguered businesses not receiving the money they need. Congress and the Trump administration must get PPP back on track and make sure struggling companies are able to get some relief.

Since PPP loans started flowing in early April, there’s been lots of press about large restaurant and entertainment chains jostling for taxpayer dollars meant for small businesses. Potbelly Sandwich shop nabbed $10 million from Uncle Sam, while Ruth’s Chris Steak House was approved for $10 million each for its two subsidiaries. Kura Sushi, which operates 25 locations in the U.S. and more than 400 restaurants worldwide, received about $6 million. After a public outcry, all of these chains returned the money. But more than 70 publicly traded companies received PPP funds before the initial program money ran out on April 16, and many of them (i.e. Fiesta Restaurant Group Inc.) have not yet given back the funding.

Reasonable people can argue about whether, say, individual Marriott locations deserve help. But it makes little sense to riddle what should be a broad-based relief program with loopholes that few can understand. In this case, the CARES Act allows companies in the “accommodation and food services” sectors to get small business loans for each business location that employs 500 or fewer workers. In other words, a publicly traded restaurant or hotel chain with many thousands of workers can take taxpayer dollars so long as individual locations meet the 500-worker employment threshold established by the CARES Act. New language from the SBA suggests that “it is unlikely that a public company with substantial market value and access to capital markets will be able to make the required certification in good faith” that they are struggling to get by. But guidance is still squishy, especially considering that capital markets are significantly impaired at the moment.

Bizarrely, the preferential treatment doled out to some industries and ownership structures is being withheld from other critical parts of the economy. Companies backed by private investors have been unable to get around complicated affiliation rules that render employees backed by investors, including private equity, ineligible for PPP assistance. The SBA’s Interim Final Rules on the program keep investor-backed businesses on the sidelines, forcing these companies to choose between taxpayer and investor dollars. Current rules force them to add the employee counts of their “affiliates” (companies investing in them and all other businesses that the investor might separately invest in) to their own totals, in effect ballooning the small company’s employee count and catapulting it outside the PPP eligibility threshold. For example, if an investor-backed small business employs 25 people but the investment firm that has a stake in the business (and multiple other companies) aggregately employs more than 500 people, the 25-employee company is ineligible.

Even small companies that receive backing from investors can and will struggle in this current environment. Many of these beleaguered businesses need PPP dollars now, and Congress should clarify rules across the board so they can all apply for help. In order to prevent untold bankruptcies, our elected officials must act quickly and decisively.

Ross Marchand is the director of policy for the Taxpayers Protection Alliance.

The post How the Coronavirus Stimulus Left Small Businesses High and Dry appeared first on The American Conservative.