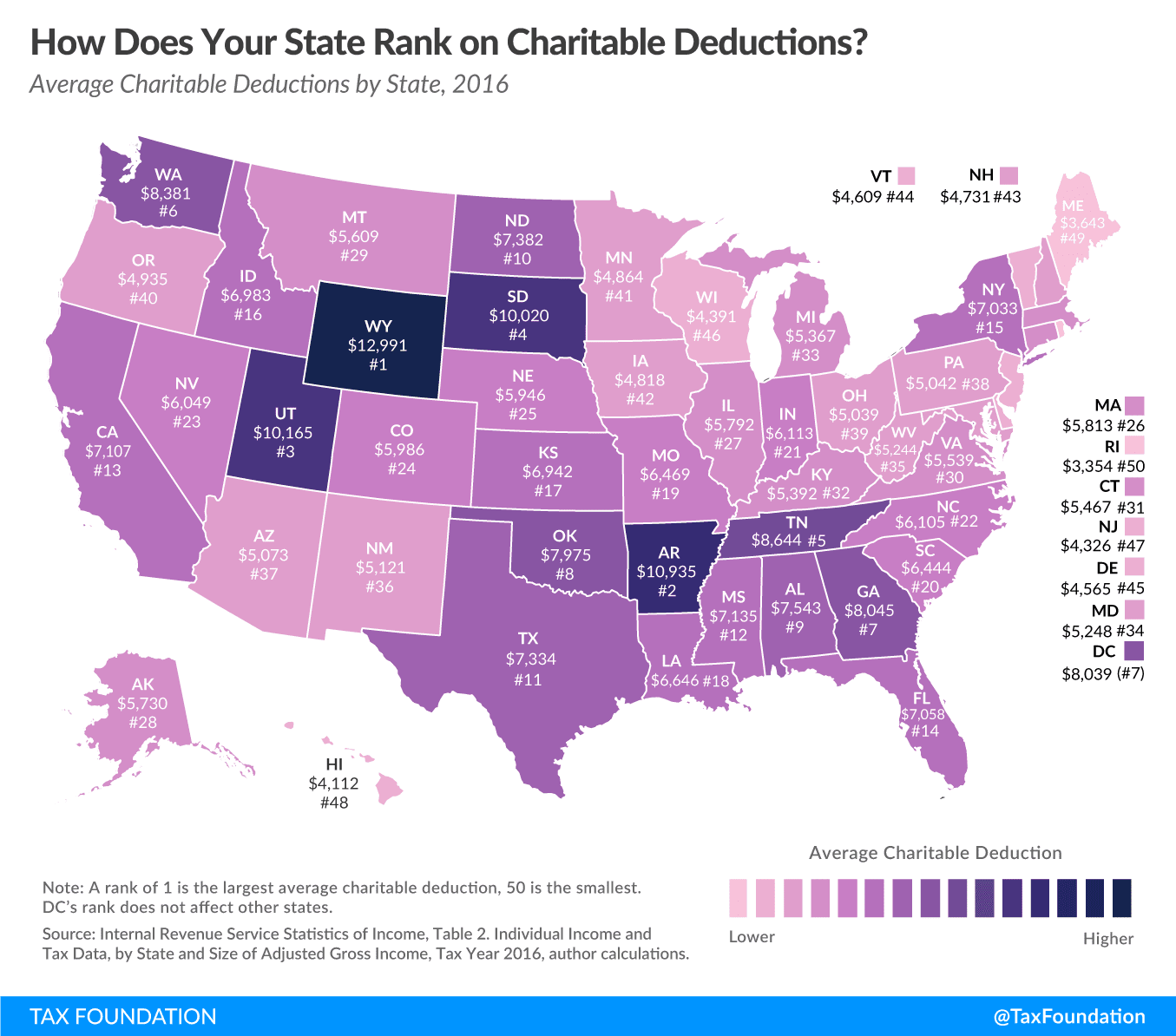 As many prepare for end-of-year charitable contributions, data from the Internal Revenue Service continues to show Mississippi as one of the most charitable states in the country.

According to the IRS, some 250,000 Mississippians took an itemized deduction for charitable giving last year. The average deduction in the Magnolia State was $7,135. This is the 12th highest average in the country.

Along with two of Mississippi’s neighbors coming in the top five nationally, Alabama placed ninth at $7,543 per contribution and Louisiana was 18th at $6,646 per contribution.

As a note, this isn’t necessarily a total amount of giving, but the total amount that eligible taxpayers deducted on their income taxes in 2016. A donation that was made but not reported on tax filings would not be counted in this report.

And as the standard deduction will be increased because of the Tax Cuts and Jobs Act that passed last year, it is assumed that far fewer individuals and families will itemize their deductions this year. That will impact tax filings, but what effect it has on actual charitable giving remains to be seen.