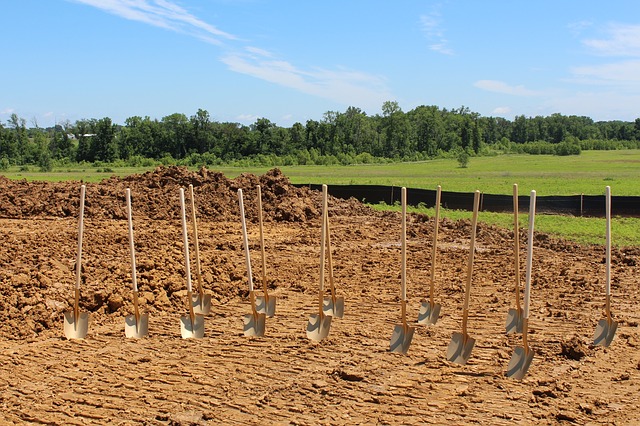 Mississippi among six states to receive an Award

Mississippi is one of six states to receive the coveted 2019 Gold Shovel Award for large job creation and investment projects in diverse industries.

According to the announcement, Area Development’s annual Gold and Silver Shovel Awards recognize states for their achievements in attracting high-value investment projects that will create a significant number of new jobs in their communities.

Information was gathered from all 50 states about their top-10 job-creation and investment projects initiated in 2018. Factors considered on a weighted scale included the number of new jobs to be created in relation to the state’s population, the combined dollar amount of the investments, the number of new facilities, and the diversity of industry represented. After assessing that information across all states, six states achieved the highest weighted overall scores and were awarded Area Development’s Gold Shovels in five population categories: 12+ million, 8+ to 12 million, 5+ to 8 million, 3+ to 5 million, and fewer than 3 million. Those states included: Texas, Georgia, Virginia, Arizona, Alabama, and Mississippi.

Runners-up in each of these population categories were awarded Silver Shovels.

Amazon was one of the biggest job creator contributors, with headquarter announcements that affected multiple states, including the one it will open in Marshall County Mississippi bringing over 850 jobs.

But that wasn’t the only reason Mississippi made a list.

“Mississippi also displayed its diversity in manufacturing and related sectors. Two big projects involve poultry processing: Pearl River Foods is adding 450 workers in Carthage, and Peco Foods will hire 300 at a facility where frozen chicken products will be handled. Two announcements were in the automotive sector, including a $170 million retooling at the Toyota assembly plant in Jackson, where an additional 400 workers will be needed to roll more next-generation Corollas off the line.”

In 2018, Mississippi received a Silver Shovel award, but the year prior won a Golden Shovel. 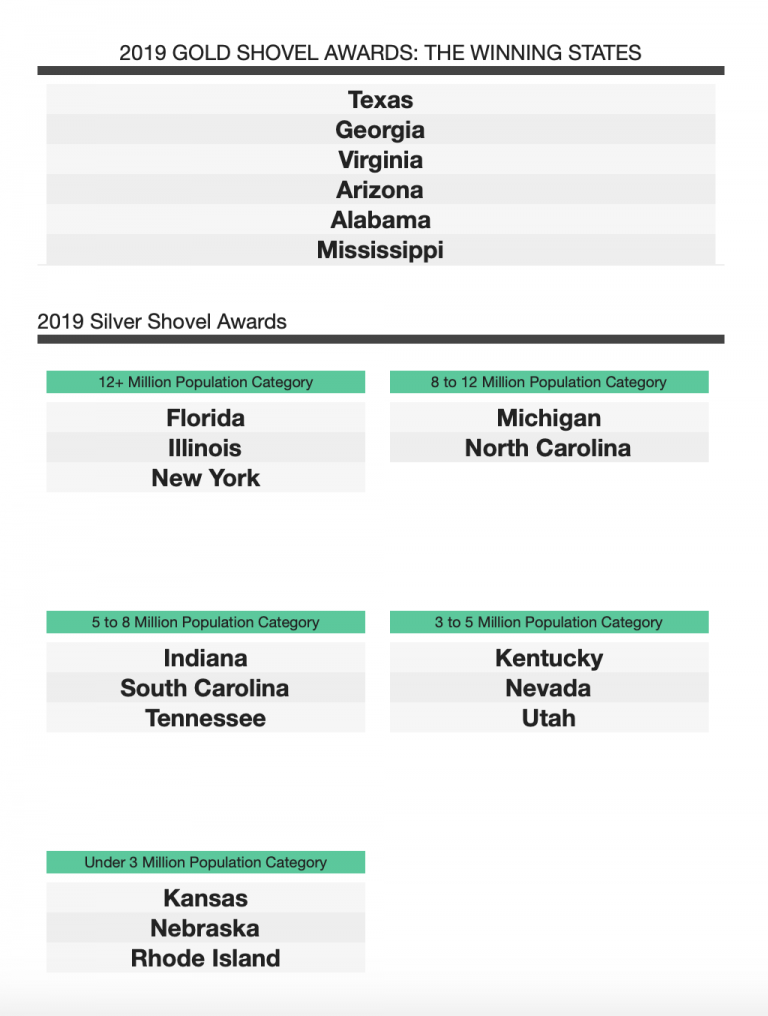