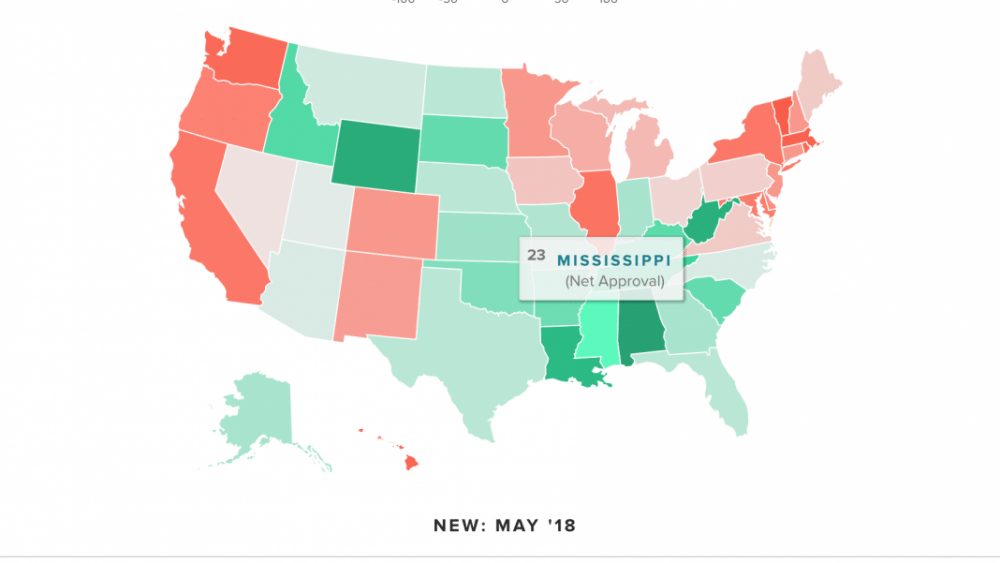 Mississippi ranks in top 5 most supportive states of President Trump

According to a Morning Consult survey released on Wednesday Mississippi ranks in the top 5 of most supportive states of President Trump with a net approval score of 23 points.

Mississippi is only surpassed in net favorables by Louisiana at 25 points, West Virgina at 27 points, Wyoming at 28 points and the leader and our next door neighbor Alabama at 30 points.

His disapproval rating in Mississippi is at 36%.

This doesn’t come as a surprise to many with such close support of the President from the state’s Governor Phil Bryant as well as many Senators and Representatives on the state level and federal level including Sen. Roger Wicker and Sen. Cindy Hyde-Smith.

The states with the lowest net approval rating of Trump include Washington state, Vermont, Massachusetts, and New York.