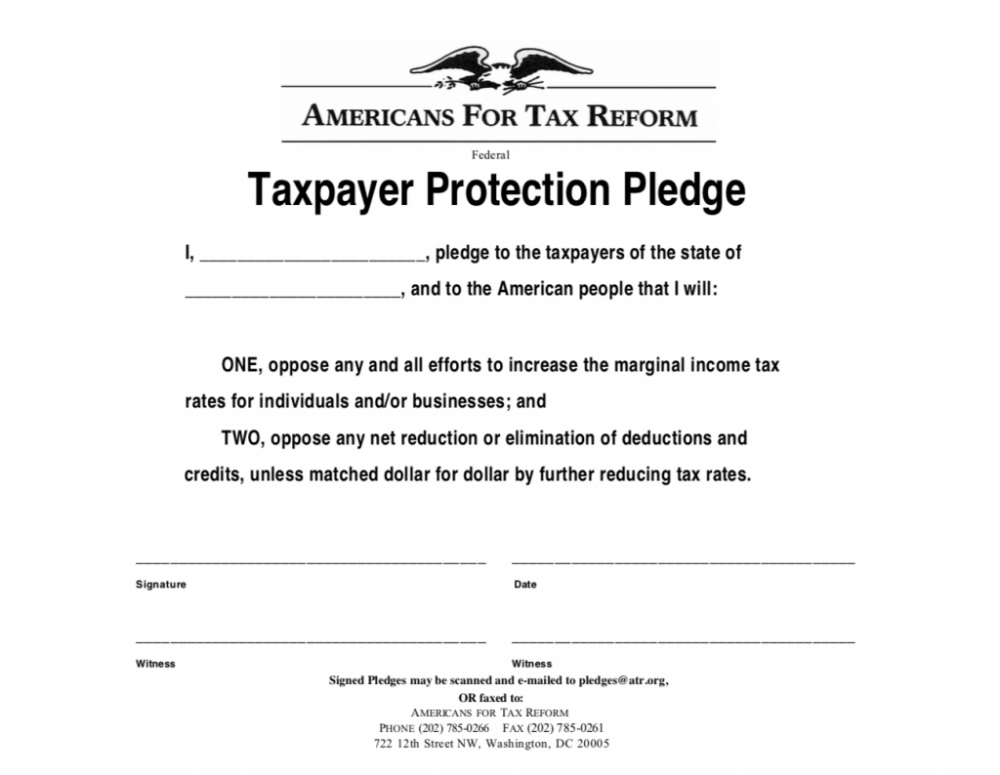 The Americans for Tax Reform organization recently reported which legislators have signed the Taxpayer Protection Pledge. Included in that list were some Mississippians currently running for office in 2018.

In the U.S. Senate Races, candidates in both races have signed the pledge. Those that have signed include Roger Wicker, Cindy Hyde-Smith, and Chris McDaniel.

ATR reports 89% of Senate Republicans who have put their John Hancock on the Pledge.

Politicians often run for office saying they won’t raise taxes, but then quickly turn their backs on the taxpayer. The idea of the Pledge is simple enough: Make them put their no-new-taxes rhetoric in writing.

By signing the Taxpayer Protection Pledge, candidates and incumbents make a written commitment to oppose any and all tax increases. While ATR has the role of promoting and monitoring the Pledge, the Taxpayer Protection Pledge is made to a candidate’s constituents, who deserve to know where candidates stand on the tax issue. Since the Pledge is a prerequisite for many voters, it is considered binding as long as an individual holds the office for which he or she signed the Pledge.

The Pledge began in 1986 just before President Reagan’s Tax Reform Act of 1986 was passed. With the President’s support the Americans for Tax Reform and other groups began to ask candidates for public office to sign the “Taxpayer Protection Pledge,” every year. All members of Congress are asked to take the Pledge and challengers during election cycle are asked to do the same.