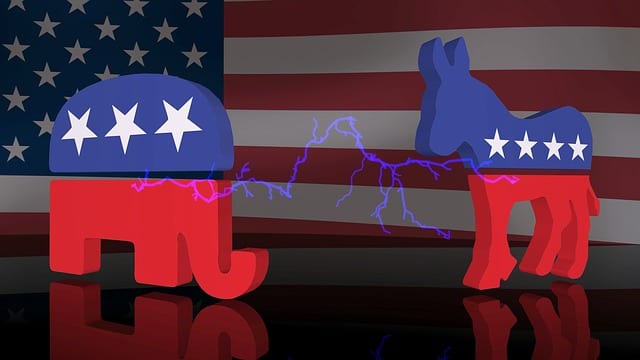 On paper, Bartee is an impressive candidate. According to his campaign website biography, Bartee earned a B.S. degree in mechanical engineering from the U.S. Naval Academy in Annapolis and later a master’s degree in public policy from Vanderbilt University. He served as an intelligence officer in the U.S. Navy and held analyst positions in the U.S. State Department and the Department of Homeland Security.

But if multiple independent polls are to be trusted, Bartee’s campaign isn’t getting any traction whatsoever and he’s projected to get less than three percent of the vote on Nov. 6. And unless Bartee or one of his three competitors gains 50 percent plus one vote, a runoff will follow on Nov. 27 for the top two vote-getters.

At this juncture, the latest polls suggest that Republican Hyde-Smith is expected to make the runoff. Her polling numbers have been consistently rising since President Donald Trump’s Oct. 2 visit to DeSoto County for the express purpose of doubling down on his endorsement of Hyde-Smith in the county that gave McDaniel his largest vote in 2014.

Those same polls suggest that Espy is likewise expected to make the runoff. Like Bartee, Espy is an African American Democrat. Unlike Bartee, Espy has raised a formidable campaign war chest and has mounted a credible statewide campaign. With Mississippi’s black population coming in at around 37 percent, Espy’s chances of making the runoff are solid.

The race carries with it some caveats. Voter turnout expectations have been low in the 2018 midterm elections in Mississippi. With the state’s congressional races all but decided and with low voter interest in most of the state’s judicial elections, turnout remains a concern.

Low voter turnout presents some issues. The one candidate who would benefit from a low turnout would be McDaniel. Polling puts McDaniel’s numbers significantly behind both Hyde-Smith and Espy, but voter intensity from McDaniel supporter is high. His supporters will vote.

Then there’s the issue of the validity of the polls. Many observers believe that McDaniel voters are under-polling, as are some likely Espy voters. Those caveats acknowledged, there are some other voter behavior issues to be considered in assessing the race.

First, the majority of voters in Mississippi are women (52.5 percent). Women in the state have never had a serious chance to elect a female U.S. senator. It is a mistake to underestimate the appeal of a working woman candidate, particularly one whose work has been cattle farming and the operation of a stockyard.

Second, despite McDaniel’s steady attack on Hyde-Smith’s Republican credentials, the fact of the matter is that state GOP voters have twice handed her a win in a contested statewide general election races as a Republican candidate for state agriculture commissioner in 2011 (493,417 votes or 56.91 percent) and again in 2015 (433,295 votes or 61.47 percent).

McDaniel, in first and second race Senate primaries in 2014, received 157,733 votes or 49.6 percent and 187,265 or 49 percent. So far, in the real world, more Mississippi Republicans have voted for Hyde-Smith than have ever voted for McDaniel.

Third, there’s the whole “Remember Mississippi” business. For McDaniel’s zealous supporters, it’s a battle cry. But for many other Mississippi Republicans and crossovers voters, it’s a graphic reminder of one of the least gracious, most petulant and utterly childish responses to losing an election in the state’s history.

Bottom line, expect a runoff in the U.S. Senate special election in Mississippi, making it likely the last undecided U.S. Senate race in the nation.