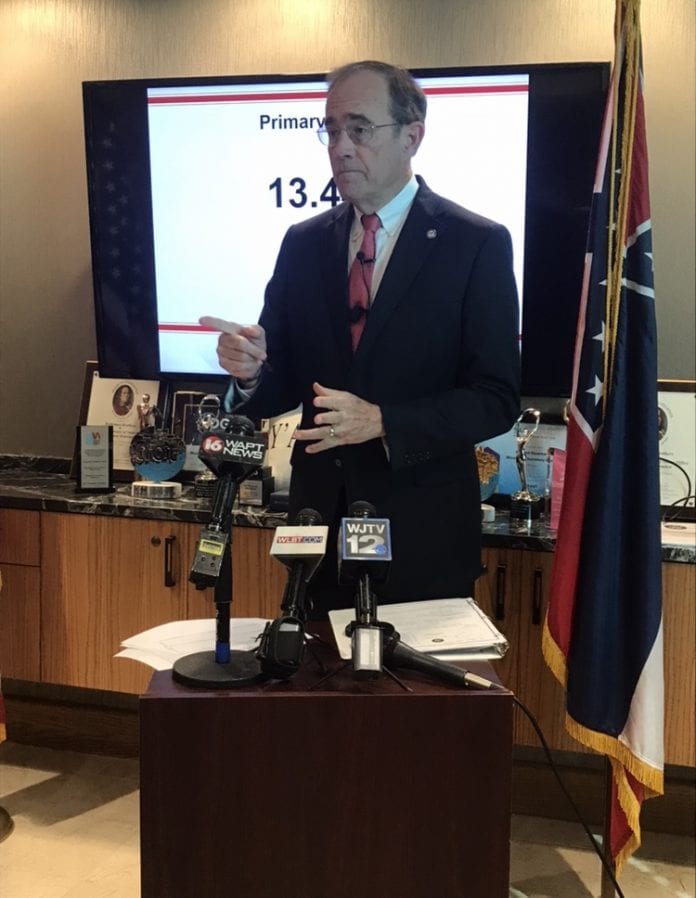 The polls will open on Tuesday, November 6 at 7 a.m. and close at 7 p.m for the 2018 General Election. You will have the chance to vote for candidates in the U.S. Senate, House of Representatives, judicial seats and other races.

“Governance begins at the ballot box. The most important way to have a voice in your community is to go vote on Election Day,” Secretary of State Delbert Hosemann said. “We hope all eligible voters will take a few minutes to visit their polling place on November 6. The only way for your vote not to count is if you do not cast it.”

In last years primary turnout was low at only 13.4%, just above 245k voters statewide. However, numbers show that registered voters have shot up over three times more since 2014. Typically absentee ballots submitted amount to 4 to 5 percent of voters turning out at the poll. As of 10:45 a.m. Wednesday a total of 50,571 absentee ballot were sent out and 39,616 have been returned to the Circuit Clerks.

“We are seeing some dramatic increases in voter registration in Mississippi this year,” said Secretary Hosemann. “Last time, 2014 we had 10,271 and this year we are almost three times that much at 31,335.”

On election day there will be 1,771 polling places available with over 7,000 voting machines. There are an estimated 10,000 trained poll workers for that day and the Secretary of State’s office and Attorney General’s office are partnering to have trained observers in Mississippi counties.

In Mississippi, seven counties are still using paper ballots while the others use machine calculators that are not hooked up to the internet.

“Our clerks and election commissioners, this is not their first rodeo,” said Hosemann. “At this point in time, we are going through machine tests throughout Mississippi.” All checks will be finished before next Tuesday to ensure they are ready for the new voters. He says he expects to have a record turnout for a mid-year election.

“The candidates and issues drive an election. I’ve always thought campaigns are decided around the kitchen table,” said Hosemann. “And I think they are.”

If you are planning to vote absentee here are a few things you need to know:

When you head to the polls make sure you bring a government issued form of identification, no photos inside the polling booth, but you can take as many photos and videos you want outside. If you’re unsure of your polling location visit the Polling Place Locator.