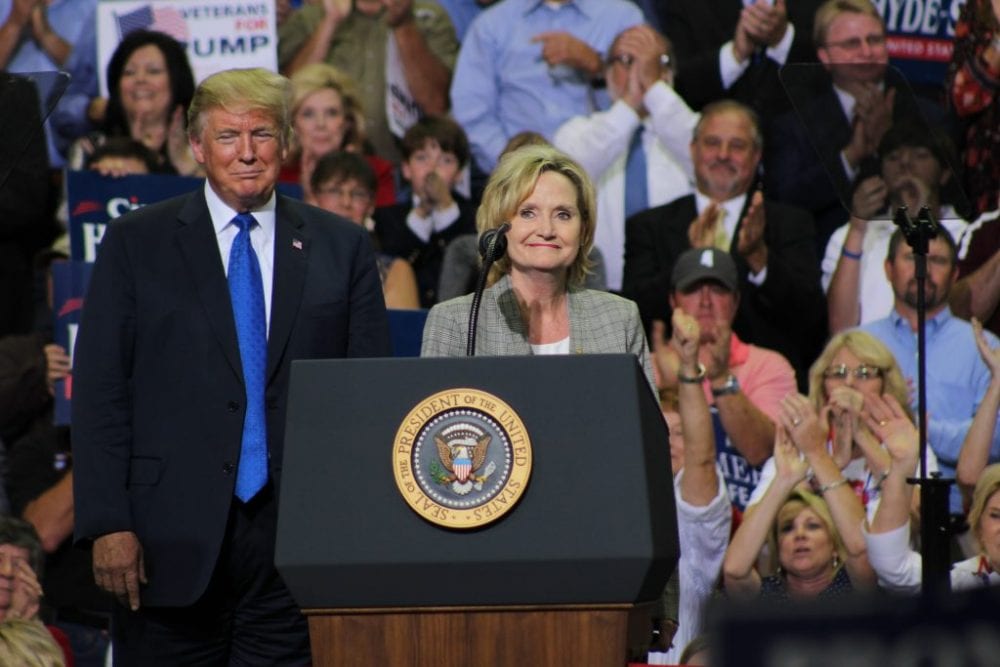 After a close race between Sen. Cindy Hyde-Smith and Mike Espy on November 6, the two are now headed to a runoff for the Mississippi U.S. Senate seat.

Mississippi GOP officials are urging support of Hyde-Smith over the next three weeks.

Here’s what Governor Phil Bryant, who appointed Hyde-Smith to the position earlier this year, had to say about the candidate:

Longtime Congressman Gregg Harper, who has announced he is leaving his position in D.C. and will be replaced by Michael Guest from Madison was part of Hyde-Smith’s campaign tour just before the election:

Sen. Cindy Hyde-Smith said she never expected to be a U.S. Senator and leave her position as Commissioner of Agriculture and Commerce for Mississippi, but felt that this is where she was being led to serve and so she embraced it when she was asked to take the appointment by Governor Bryant:

Chris McDaniel, Hyde-Smith’s opponent in the election, told his supporters to unite before the runoff and support President Trump’s endorsement of Hyde-Smith. If nothing else, McDaniel said, to keep Espy from going to Washington.