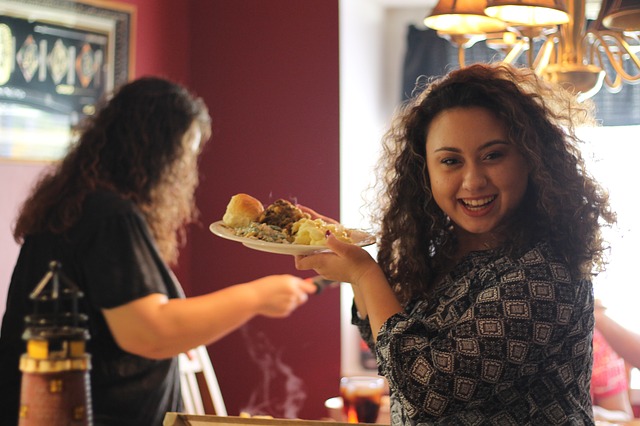 Death of the Dinner Party?

To dine. To banquet. To feast. To sup. To break bread.

These are different ways of expressing the same practice: two or more people sharing a meal together. That we have so many similar expressions to describe this practice underscores its cultural importance. Eating is essential for each of our lives, and doing so together is essential for our communal life.

The Latin word for “companion” literally means “a person with whom one shares bread.” To dine is to celebrate life and togetherness. To cease dining is to cease to communicate, which is, in turn, to stop understanding one another.

This is noteworthy, as there has been a decline in the ritual of regular, communal dining in recent years—which may have more of an impact on our epidemic of loneliness and despair than we realize. Social isolation, which communal dining combats, has well-established consequences to our health, and is increasingly a topic of concern. Among the most recent and most poignant research, by Joint Economic Committee’s Social Capital Project, shows how “deaths of despair”—or deaths caused by suicide, drug and alcohol poisoning, and alcoholic liver disease and cirrhosis—have skyrocketed since 2000. From 1985 to 2004, the number of friends that people self-report having—with friends being defined as a “confidant with whom Americans discuss important matters”—declined by nearly a third, from 2.94 to 2.08.

Though not sufficient to establish causation, the correlation between social isolation and our increasingly isolated dining habits should not be overlooked. Every day, approximately one in three Americans eat fast food, most often by themselves. Americans eat more than half of their meals alone. There has been a cultural shift from a society that eats at designated times for designated meals to a service industry that has enabled us to have our every needs to be met on demand.

A proliferation of meal substitutes, such as Soylent, Svelte, and Vega, enable people to obtain the nutrients necessary to sustain life anywhere, anytime. Meal delivery services—including UberEats, GrubHub, and Seamless—make it easier for people to eat at their desks. In the last year, one out of four American adults have purchased meal delivery kits—such as Blue Apron, Purple Carrot, and HelloFresh, which deliver apportioned ingredients with recipes and instructions—and 70 percent continued buying them after the initial trial period. Theoretically, having to spend less time to shop, fetch, and prepare food could enable more time for togetherness (the meal delivery options usually include meals for two or four), but for many people, these innovations are replacing mealtime with others.

There is also a quantifiable trend toward the “snackification” of our dining culture: snacking, which often involves “on-the-go eating,” is inherently a more isolating endeavor than sharing a meal with someone. Snacking also represents 50 percent of all food and beverage occasions. In 2013 that number was 13 percent, according to the Hartman Group’s annual report on modern eating. On the whole, we are eating together less frequently than we have in the past.

In the past, social meals have taken place in the context of the family dinner table; later, in marriages. Longer periods of singleness mean that people need to be more intentional about enjoying meals together.

Over the last two decades, research has confirmed that family dining is a powerful predictor of how children will develop. A family meal around the dinner table is good for the soul, intellectual development, and overall health of each family member. Among youths who had regular dinners together with their family, there is a close association with lower rates of substance abuse, lower instances of mental illness (including depression), the lesser propensity of teen pregnancy, better grades, higher self-esteem, and a greater likelihood of going to college.

In Our Kids, Robert Putnam discusses the role of family dinners in differing parenting styles between classes. Today, family dinners tend to be more of a priority for affluent families. Poorer families, he contrasts, are less likely to eat together. But this gap didn’t always exist. Between the mid-1970s and early 1990s, communal dining decreased among families of all backgrounds. However, in the mid-1990s, the decline in family dinners for college-educated families, a proxy Putnam uses for affluence, stopped, but continued among families with high school education. (One explanation of this trend of divergent dining habits according to wealth is attributed to scheduling complexities introduced by women entering into the workforce: affluent women tend to have more flexibility with their jobs, and can, therefore, make time for family meals, while less affluent women often don’t enjoy such flexibility.)

Communal dining is not a cure-all, but it is an example of a small parental investment that can have a major payoff in terms of long-term outcomes for children—what Putnam calls “serve-and return” interactions between parents and children. It can often be about how one chooses to use the time they do have: Putnam notes that less affluent families tend to watch television together instead of enjoying focused conversation around the table.

When it comes to eating with friends or with family, it doesn’t have to be time consuming or expensive to enjoy a meal together. As a graduate student of modest means living in London, I remember hosting Thanksgiving, both American and Canadian (yes, there is a Canadian Thanksgiving, the first week of October, that in fact pre-dates the America one!) on a shoestring budget, out of my shoebox-sized apartment in Fitzrovia in central London. I purchased the turkey, but then asked friends to bring their favorite side dish and a bottle of wine to share—which dispersed the cost and time-burden of preparation.

This potlatch-style, which literally means in Chinook lingo, “to give away,” is an apropos metaphor for both the first American Thanksgiving and hosting generally: to give—thanks, friendship, gifts, food—is also to receive. (Indeed, in German, the words “host” and “guest” share the same etymological root, illuminating the magnificent metaphorical dance of giving and receiving that hosts and guests partake in at dinner together.) When Puritan pilgrims and Native Americans shared a meal together to celebrate the fruits of a good harvest, they celebrated the friendship that had allowed the early American settlers to survive, celebrating in a spirit of mutual goodwill, gratitude, and hospitality. My aim was to build friendships, and inviting people to be part of hosting the meal by contributing was a means to that end.

One common barrier to hosting or inviting someone to dine is not completely irrational: fear of rejection. Researchers have found that social rejection affects the brain in the same way that physical pain does. From an evolutionary perspective, we fear rejection because we fear expulsion from the tribe. But to make a tribe a community, instead of a collection of silos, requires people to be willing to risk rejection for the sake of relationship—people who know their invitation or bid for friendship might be rebuffed, but who decide to make the effort anyway.

London is an ebullient city, yet it is also reserved. As in many crowded cities, people prize privacy and personal space. To invite someone to your dwelling is an intimate invitation—one not given out lightly in England and many other parts of the world. I suspected that some might resent the imposition or presumption of intimacy that my invitation conveyed.

I was instead surprised by the enthusiastic response to my dinners by nearly everyone I asked, ultimately hosting between 20 and 40 people to each event. My London Thanksgivings, humble though they were, mirrored the spirit of the potlatch on America’s first Thanksgiving.

The answer is not to make excuses for why we don’t eat together—whether it is a lack of time, resources, or blaming new enabling technology that promotes our isolation. We must instead be all the more intentional about finding ways and means to be together. While new technologies have and other barriers exist that make communal dining seem a challenge, there are also efforts to make it easier. It may surprise readers to learn that organizations exist that will actually underwrite a dinner party for you and your friends. Some examples are the Center for the Study of Liberty, Make America Dinner Again, and Tea With Strangers organizations that aim to facilitate conversation and community together, both of which are best forged around a good meal—or tea and biscuits!

Happily, there is a burgeoning literature on the importance of the dinner party in modern society. “Brunch is Hell” argues that a dinner party is a perfect way to add spice to an otherwise mundane week. “Feed the Resistance: Recipes + Ideas for Getting Involved” makes the case for communal dining to bring us together in uncertain times. All these are necessary, but alone—without each of our individual efforts—insufficient.

Samuel Johnson’s 1755 Dictionary defined civility as encompassing both “conduct befitting a people who had achieved a civilized existence,” and “politeness” in the vein of “common decency.” These definitions are distinct but related to their reliance on the community. Indeed, as we gather together to eat less, we put the very fabric of civilization in peril. This is because achieving a “civilized existence” does not happen in isolation, and manners are only necessary when we interact with others.

In her classic, The Rituals of Dinner, Margaret Visser reminds us of a warning from the Chinese Book of Rights, compiled in the first century B.C., appropriate for our times: “the ruin of states, the distraction of families, and the perishing of individuals are always preceded by their abandonment of rules of propriety.” Where in our society are rules of propriety better established than around a dinner table?

Visser also argues that the lubricators that enable a dinner party to occur—table manners—are promoters of trust in and of themselves. Throughout history, to wield one’s utensils in a restrained and controlled way indicated to neighbors that you were less likely to be subject to emotional and violent impulses—and less likely to use the utensils as weapons. Similarly, the toast originated from the host pouring wine from his own glass into his guests and back again to demonstrate that it was not poisoned. Our clink clink, santé!—in which the edges of our glasses touch, and could realistically, though (usually) do not exchange liquid—pays homage to that tradition.

In addition to trust, shared meals promote togetherness and gratitude. The Greek noun εὐχαριστία—or eucharistia, the name for the Christian ritual of restructuring Christ’s Last Supper with his disciples before his sacrificial death for the sins of humanity—is literally translated as “thanksgiving.” It’s no coincidence that the cornerstones of the largest world religions are rituals over communal meals. There is Passover, where Jewish peoples give thanks to Yahweh for delivering them from slavery in Egypt; Easter, where Christ’s sacrifice on the cross is celebrated by Christians around the world; and Iftar, the feasts that break the Ramadan fast in Islam.

One need not wait for an excuse—such as Fourth of July celebrations, or a holiday as glamorous and exotic as Canadian Thanksgiving—to host a meal with friends. Life itself is worth celebrating and worth giving thanks for. Intimate mediums and venues to exchange ideas—what empowers us to engage, listen, synthesize, learn—are indispensable to building that trust in the first place.

Let us recover the rituals that buttress our society, one conversation, human connection, and shared meal at a time.

Civilization depends on it.

Alexandra Hudson is an Indianapolis-based writer who has been published in TIME, The Wall Street Journal, Politico Magazine, and other outlets. She is a 2019 Novak Fellow currently writing a book on civility, civil society and civic renewal. She Tweets at @LexiOHudson. To read more of her work, visit www.alexandraohudson.com.

The post Death of the Dinner Party? appeared first on The American Conservative.