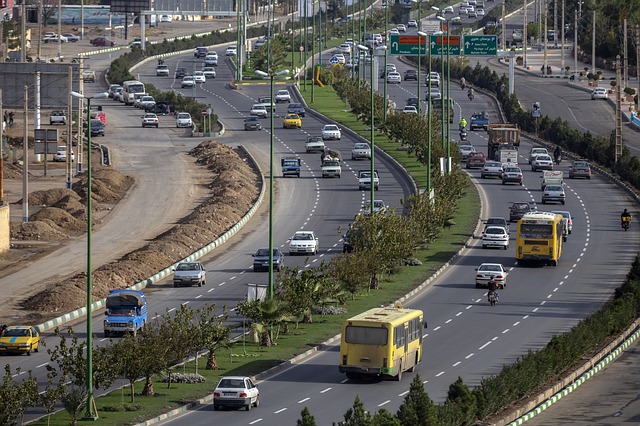 The Absurdity of the Iran Obsession

Image by mostafa meraji from Pixabay

Daniel Benjamin and Steven Simon have written an excellent article on our government’s Iran obsession over the last forty years. They begin by observing that the fixation on Iran makes no sense when we consider the huge disparity in power between the U.S. and its clients on one side and Iran on the other:

In balance-of-power terms, Washington’s obsession with Tehran is absurd. Iran’s population is one-fourth the size of the United States’, and its economy is barely two percent as large. The United States and its closest allies in the Middle East—Israel, Saudi Arabia, and the United Arab Emirates—together spend at least $750 billion annually on their armed forces, about 50 times as much as what Iran spends.

Iran poses no real threat to the U.S. itself, and its ability to threaten other countries in the region is limited. Their government cannot possibly dominate the region, and there is not much to suggest that they want to try. A policy focused on “containing” Iran is unnecessary and a waste of resources. “Containing” Iran has become a catchall excuse for everything the U.S. does in the region, but this effort at “containment” is doing nothing to advance real U.S. interests, and it has often contributed to regional instability. The U.S. has been stuck holding an unusually strong grudge against Iran that is out of all proportion to the harm that their government has done to us over the years. As Benjamin and Simon note, the U.S. has buried the hatchet with far more despicable governments responsible for tens of thousands of American deaths, but it remains trapped in a fruitless standoff with Iran almost half a century since the revolution in Iran began.

Despite the constant warnings we hear about Iran’s non-existent “expansionism,” Iranian power projection is not very great. Even Iran’s sponsorship of terrorist groups is not what it was:

It is true that Iran has committed more than its share of atrocities. Yet it is no longer the same country that it was in the 1980s, when its revolutionary Islamist government really was bent on remaking the regional order. Iran’s support for terrorism, for example, has diminished substantially in the last 20 years.

Compared to Sunni jihadist groups, Iran-backed terrorism is a much smaller problem. The oft-repeated label of “leading state sponsor of terrorism” that Iran hawks apply to the Iranian government is outdated and inaccurate. There are far greater threats to international security than Iran, but the U.S. insists on putting Iran in a different category from other states that engage in destabilizing behavior:

Iran’s activities are less damaging to global stability than, say, Pakistan’s support for terrorist groups that target India or Russia’s annexation of Crimea, yet Washington treats Tehran as a pariah while preserving relations with Islamabad and Moscow. There is clearly something going on that transcends strategic interest.

The Trump administration regularly demands that Iran become a “normal nation” at the same time that the U.S. has good relations and sometimes even close military cooperation with some of the worst and most destabilizing governments in the world. Iran is expected to meet a standard of being “normal” that the U.S. does not apply to many of its clients or to itself. Part of the problem is that Iran hawks remain stuck in a time warp and can’t recognize how Iran has changed over the last 40 years. They continue to explain Iranian foreign policy through the distorting lens of ideology, which keeps them from seeing that Iran has been acting defensively and opportunistically for decades. Benjamin and Simon write:

The archrealist Henry Kissinger famously said that Iran must “decide whether it is a country or a cause.” The phrase has been invoked by much lazier strategists to justify a permanent hard line against Iran. After all, if your adversary is motivated primarily by ideology, then it is less likely to be open to compromise or accommodation. The problem is that this framing has blinded many American analysts to Iran’s real motivations: maximizing its security interests in a deeply hostile environment.

Arron Merat made a similar observation in his interesting profile of Qasim Soleimani last week:

US foreign policy gurus continue to view Iran through the lens of the 1980s. Mike Pompeo, the US secretary of state, refers to “Iran’s violent export of revolution”: he sees the Trump administration’s protection of Israel and opposition to Iran as a God-given mission that he will pursue until “the rapture.” But while the Americans still regard Iran as an agent of revolution, for Iran’s elites revolutionary talk has become mere rhetoric. You can see it in Soleimani’s career, which has just as often pursued counter-revolution in the Islamic world as the opposite—propping up the Iraqi and Syrian governments against revolutionary, often millenarian, currents in their societies. What he offers the country is not ideology, but rather the ruthless pursuit of Iranian interests as he sees them.

Portraying Iran as an ideologically-driven “revolutionary” state is useful for fear-mongering, but because it doesn’t describe the Iranian government or its foreign policy accurately, it leads the U.S. to pursue policies that are divorced from reality. When analysis of another government’s behavior starts with such old assumptions that no longer apply, it isn’t possible to understand what is happening or how to respond to it. It is as if analysts working on the Soviet Union kept referring to the way the Soviets operated in the 1930s to explain Moscow’s behavior in the era of detente. That isn’t true of everyone that works on Iran, but it applies to quite a few. One reason for the persistence of this old, inaccurate view of Iran in our foreign policy debates is the dearth of Americans that know Iran well. The lack of normal diplomatic relations contributes to this lack of knowledge, and it seems indisputable that our Iran policy would become more constructive if normal relations were restored. Normalization won’t fix everything, but it is the only way forward over the long term:

Only when the U.S. embassy reopens in Tehran will there be enough regular, businesslike interactions between the two sides for the United States to influence Iranian decision-making.

Iran hawks like to inflate the threat from Iran and compare it to the USSR, but they have no interest in trying to study and understand Iran as well as our government wanted to understand the Soviets. It is easier and cheaper to rely on a simplistic ideological interpretation that bolsters the case for more aggressive policies than it is to get the answers right. Seeking to understand a hostile state might create openings for engagement and reduction of tensions, and that is the very last thing that Iran hawks want.

In the absence of understanding, there is predictably a lot of uninformed anger and hostility that fuels Iran’s obsession. There are few other countries that are vilified as consistently in foreign policy debates as Iran has been, and that vilification impairs our ability to understand Iran and to resolve outstanding disagreements with them. Benjamin and Simon add that hostility to Iran have seemed to increase even as Iran’s behavior has become less aggressive:

If anything, U.S. antipathy toward Iran has grown more intense over the last two decades, even as Tehran has dialed back its revolutionary ambitions.

Many of our politicians and policymakers have inflated Iran into a major adversary to provide themselves with a foil and a justification for their preferred regional policies, and they have also exaggerated the scale of Iranian ambitions. That has had the effect of convincing most Americans that Iran is a serious menace when it is at most a nuisance as far as U.S. security is concerned. Benjamin and Simon cite Gallup polls that have found that Americans have routinely viewed Iran as a greater enemy than China or Russia in the last two decades:

On 12 occasions over the last 18 years, the polling organization Gallup has asked Americans the question, “What one country anywhere in the world do you consider to be the United States’ greatest enemy today?” Iran topped the list five times, ranking higher than China six times and higher than Russia eight times, despite not having nuclear weapons, a deep-water navy, or the ability to project power in any serious fashion.

When we see poll results like that, we can see how irrational and absurd the Iran obsession is. It makes no sense to view a medium-sized country on the other side of the planet that can’t do anything to do us as our “greatest enemy” or anything close to it. The U.S. needs to stop catering to its regional clients by adopting their rivals as ours, and it needs to pursue genuine, sustained engagement with Iran to reduce tensions and to contribute to the stabilization of the region. Until that happens, the Iran obsession will continue to poison and distort U.S. foreign policy to the detriment of both of our countries.

by: Daniel Larison, Senior editor at The American Conservative