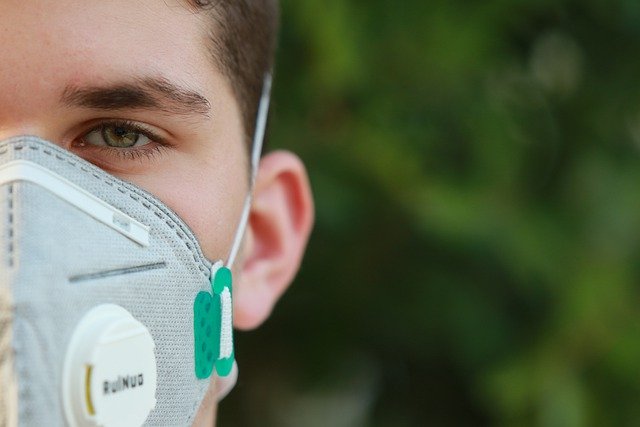 When Our Hospitals Are the Pandemic Superspreaders

Every disease has its patient zero, and for the coronavirus COVID-19, the press identified patient zero was Wei Guixian, a 57-year-old woman who worked in Wuhan’s Huanan market.

It is impossible to tell if Wei Guixian was really the first infected. Of the initial 41 people hospitalized with pneumonia who later tested positive COVID-19, two-thirds were exposed at the same time.

When doctors connected the dots and realized the virus was spreading from human to human, they were silenced by the authorities. The cover-up by Chinese health authorities and the World Health Organization allowed patients to continue infecting the medical staff.

But of course fixating on patient zeros is misleading and can blind us to the far greater forces driving the spread of the disease.

For the very start of the pandemic, the hospitals in Wuhan were part of the problem. A study published in the Journal of the American Medical Association found that 41 percent of the first 138 patients diagnosed at one hospital in Wuhan became infected in that hospital. Simply put: nearly half of the initial infections in this hospital appear to have been spread within the hospital itself.

Picking up diseases in hospitals is surprisingly common. A nosocomial infection is the technical term doctors use to describe these infections. It is a paradox that the last place you should be is in a hospital if you’re sick. A doctor recently told me, “To those in the medical field, this is common knowledge. I would only go to the hospital if I needed ICU support.”

In the United States, the CDC has estimated there are almost 1.7 million nosocomial infections, which lead to 99,000 deaths each year.

In Wuhan, the coronavirus quickly became a nosocomial disease. One of the doctors in Wuhan said putting infected people in hospital with other patients was a major cause of the cross-infections. A 29-year-old Wuhan resident told the South China Morning Post, that doctors didn’t confirm his grandmother’s infection for a week. She was placed in a regular ward at another hospital infecting many other patients.

Hospitals contributed to super spreading events during the outbreaks of the Middle East Respiratory Syndrome (MERS), Severe Acute Respiratory Syndrome (SARS) and Ebola. A study in the New England Journal of Medicine pointed out that, “One of the features of SARS and MERS outbreaks is heterogeneity in transmissibility and in particular the occurrence of super-spreading events, particularly in hospitals.”

During the SARS virus outbreak in 2003, one patient in Hong Kong was treated at Prince of Wales Hospital and he was linked to at least 125 secondary cases. When SARS struck Ontario in 2003, a staggering 77 percent of the people who contracted it picked it up in a hospital.

The 2015 MERS outbreak in South Korea began from an imported case. The patient visited a few clinics before being admitted to a hospital, where he was confirmed to be infected with MERS. He was inadvertently responsible for twenty-nine secondary infections in hospitals.

When the current coronavirus struck Europe this year, doctors feared it would happen again.

Dr. Nishant Joshi, who works at Luton and Dunstable general hospital in the UK, pleaded for more protective equipment because he feared health workers were spreading the coronavirus to patients. “We’ve become the super-spreaders.”

One British physician wrote in the medical journal The Lancet, “The utter failure of sound clinical leadership will lead to an absolute explosion of nosocomial COVID-19 infection.”

Their fears were well-founded. The first victim in the UK caught the coronavirus in her local hospital. Marita Edwards went to Newport’s Royal Gwent hospital for a routine gallbladder operation. She contracted the coronavirus and died three weeks later. She was part of the UK’s first nosocomial cluster of deaths.

In many countries, major clusters of COVID cases started in hospitals:

These are but a very small sample of initial nosocomial clusters.

While people think of patients as super-spreaders, it is often hospitals themselves that are the main vectors of transmission. Besides hospitals, care homes for the elderly, too, have become the largest vectors for the nosocomial transmission of the disease.

Data from five European countries suggest that care homes accounted between 42 and 57 percent of all deaths related to COVID-19. The infections are almost all nosocomial.

Doctors, nurses, and care workers are the true heroes in the current crisis, risking their lives and spending days and weeks away from their families. Like soldiers led by poor generals, they are often at the mercy of bad public policy responses. Rather than give them equipment, many hospitals are facing shortages and some are firing doctors for asking for aid.

The role of hospitals as a principal vector spreading COVID-19 can answer the most puzzling questions we face. How is it that the dire models informing public policy are so wrong? What accounts for extreme differences in death across countries? Why is it that even within Italy death rates diverged so widely city by city?

Most models have assumed that the virus would double every few days. But people are not like gas particles that freely float around their cities, randomly bumping into others. Most people see the same people day after day. Transmitting infections requires large gatherings of strangers, for example, religious gatherings and even hospitals.

When the Italian regions of Lombardy and Veneto recorded Italy’s first local cases of the coronavirus, the two nearby regions were isolated by lockdowns. Since then their fortunes have diverged.

A group of doctors from Bergamo warned in the New England Journal of Medicine. “We are learning that hospitals might be the main COVID-19 carriers,” they wrote. “They are rapidly populated by infected patients, facilitating transmission to uninfected patients.”

As a group of Italian doctors wrote in the Journal of the American Medical Association, “hospital overcrowding may also explain the high infection rate of medical personnel… Moreover, early infection of medical personnel led to the spread of the infection to other patients within hospitals. In Lombardy, SARS-CoV-2 became largely a nosocomial infection.”

Conditions safer than 1918? Not quite.

COVID-19 is not the first or worst pandemic the world has faced. In 1918 the world confronted the Spanish Flu which killed between 50 to 100 million people.

During the 1918 Spanish flu, cities like Boston, Massachusetts, set up open-air hospitals. According to research in the American Journal of Public Health, “A combination of fresh air, sunlight, scrupulous standards of hygiene, and reusable face masks appears to have substantially reduced deaths among some patients and infections among medical staff.”

In the 1960s biodefense researchers found outdoor air to be far more lethal to viruses than indoor air. Open windows help as outdoor air reduces the survival of pathogens, and in open-air clinics, UV rays act as disinfectants. Following the 2003 SARS outbreak, case studies indicated that natural cross-ventilation is an effective way of controlling SARS infection in hospitals.

Italian doctors have written that “rationalizing and “industrializing” medical care has made infectious diseases worse, “We are now slowly realizing that this “super-efficient”, factory-like, program is incompatible with the periodic occurrence of epidemics.”

Today, the British Army is building a field hospital in London. It is named after Florence Nightingale, who is remembered for tending to soldiers during the Crimean War. But her most lasting influence came from advocating washing hands to prevent the spread of disease. It has saved millions of lives.

Hygiene and infection prevention work when doctors are given the right tools.

While the virus spread widely in hospitals in Wuhan and in Europe, there were almost no nosocomial infections in Hong Kong. The painful lesson from SARS taught them how to contain super-spreader events at hospitals.

The measures taken by Hong Kong’s public hospital system successfully protected both patients and staff from COVID-19, according to a study. Despite seeing over a thousand cases, “there were no nosocomial infections or infections among healthcare personnel.”

Italian doctors have written in the Journal of the American Medical Association about the main lessons they have learned to reduce the visits of patients to hospitals.

Policy measures, so far, have been indiscriminate. Little has been done to make sure that people are isolating, rather than visiting hospitals. Doctors and nurses still lack proper protective equipment, and many hospitals are still mixing COVID-19 patients with those who are not infected.

What benefit can come from arresting parents in parks with their children if over half of all cases can be traced to nosocomial infections in hospitals and retirement homes?

Until we properly diagnose the problem facing us, we will not emerge from this crisis. The policy responses in most countries are not targeted, fail to tackle the source of the crisis, and will do little to contain future outbreaks. Millions of workers are paying for this calamitous misunderstanding with their livelihoods.

Jonathan Tepper is the Chief Investment Officer of Prevatt Capital and Founder of Variant Perception. He is also co-author of The Myth of Capitalism: Monopolies and the Death of Competition.

The post When Our Hospitals Are the Pandemic Superspreaders appeared first on The American Conservative.